Happy Thanksgiving friends! Without you all, my journey as a blogger would never haven been so enjoyable. And thus I have a sweet offering for Thanksgiving/Friendsgiving: my 5-ingredeint low-carb vegan Thanksgiving Pumpkin Brownie. 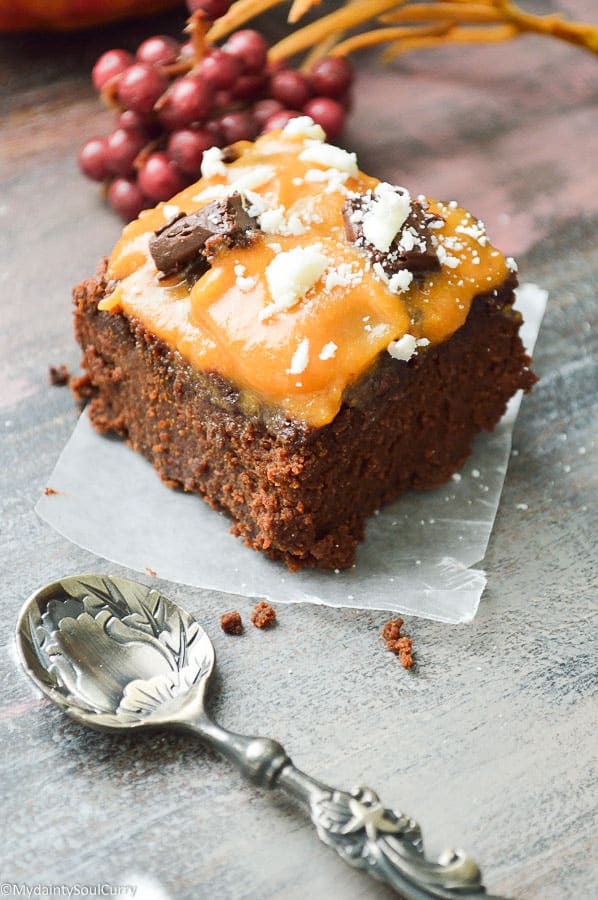 It’s a pleasurable experience to connect with thousands of you all across the world in a short span of time. Thanksgiving is all about family time, fun and the most importantly ‘Food.’ That’s why I have a low-carb thanksgiving pumpkin brownie, not a traditional pie, recipe to include in your menu. 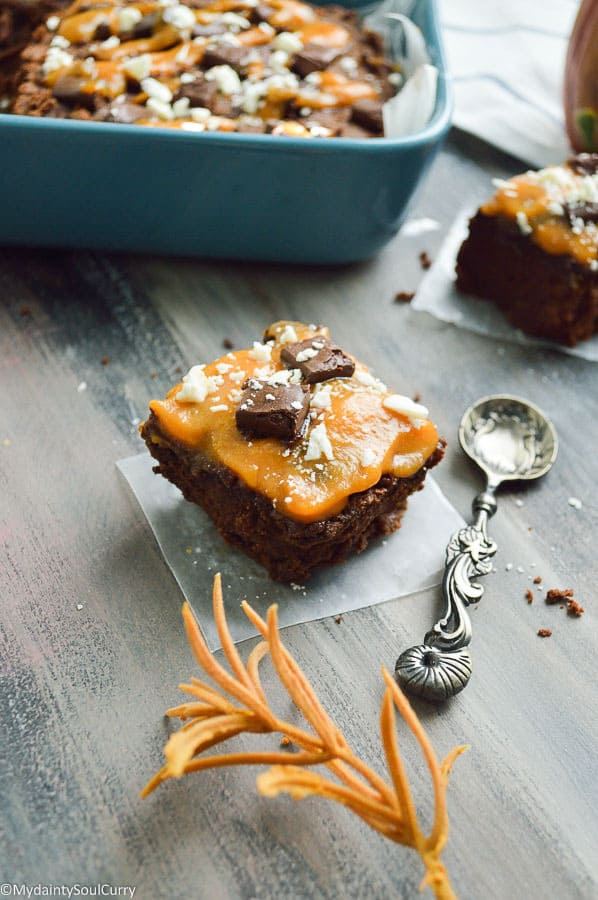 Plus, I have a quick menu planning option that you can consider using this Thanksgiving or Christmas or anytime you host a party this holiday season. 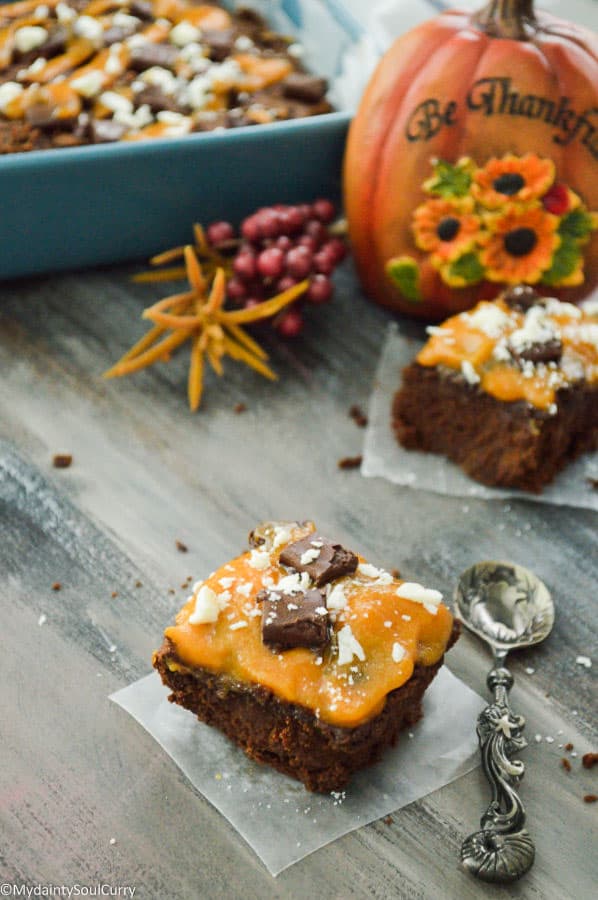 The low-carb thanksgiving pumpkin brownie is nearly flourless if you don’t consider coconut flour as a flour. It’s Keto because it has good fat, lowest amount of carb per serving and no sugar added. 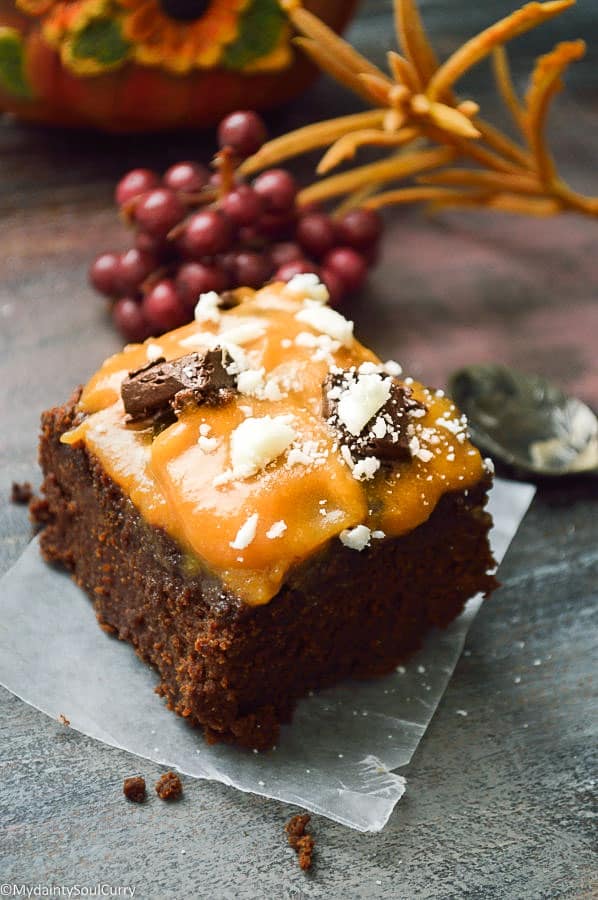 For this thanksgiving, don’t jeopardize your vegan or Keto low-carb lifestyle. From this blog, I have some awesome Indian/American and Asian main course, sides and desserts for your holiday party menu. 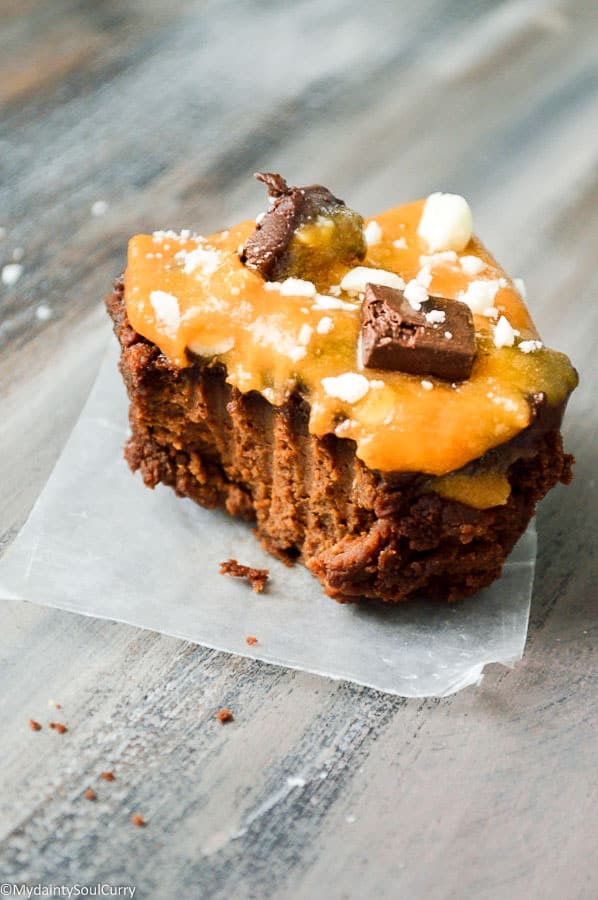 For appetizers, try the vegan fish cake. Recipe here. To make it more appetizing and low-carb, use mashed cauliflower, almond meal as a binder and organic homemade tofu. Recipe here. 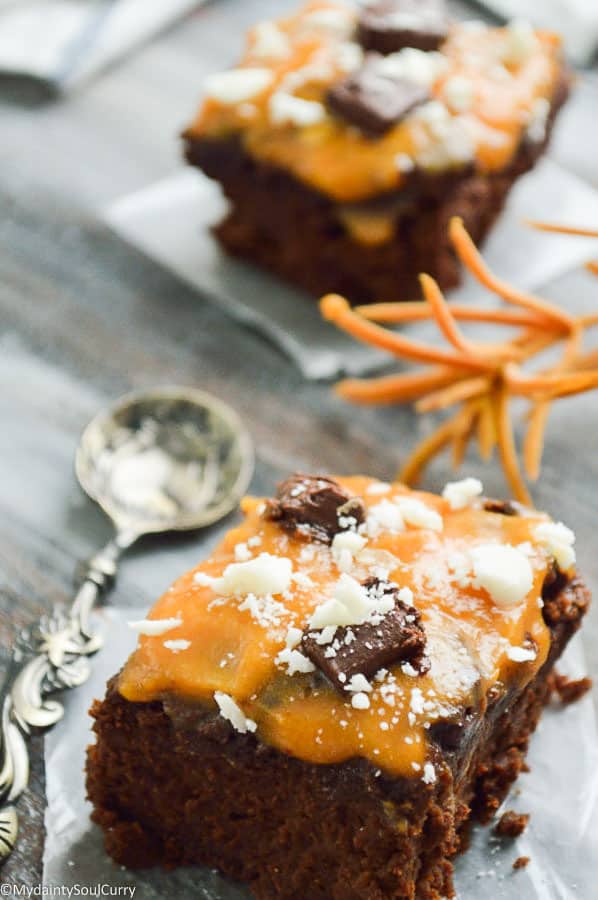 Side options: cauliflower hash or cauliflower patty. Find recipes here and here. Each recipe has step-by-step guide to walk you through the recipe.

If you want a traditional menu with with Mac-n-cheese and pie, then try cauliflower Mac n cheese. It’s absolutely delicious. Just blanch the florets and make a melty and gooey cauliflower nuts+cheese sauce or a non-vegan cheddar mozzarella sauce.

My chicken style seitan is a good meatless choice to include in your vegan thanksgiving menu. If you love classic chewy style seitan then try my chewy recipe. If not the boiled version is great for stir fries and ground patties. Recipe here. 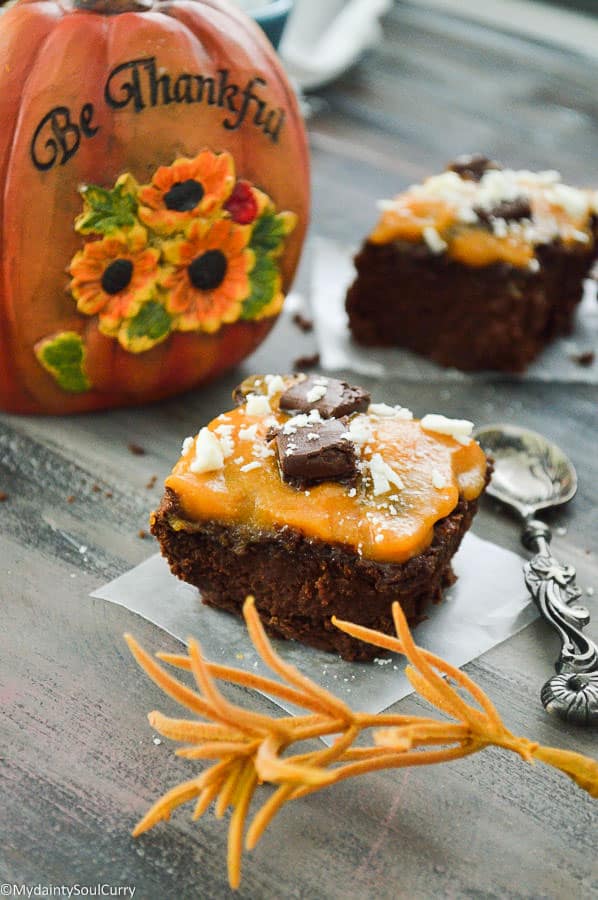 Now the dessert? Which is of course this Thanksgiving brownie made from pumpkin purée, coconut flour, almond butter, coconut oil(optional), cocoa powder and chocolate morsels. If you want some icing on your brownie try this quick white chocolate and pumpkin icing which can be made under two minutes. 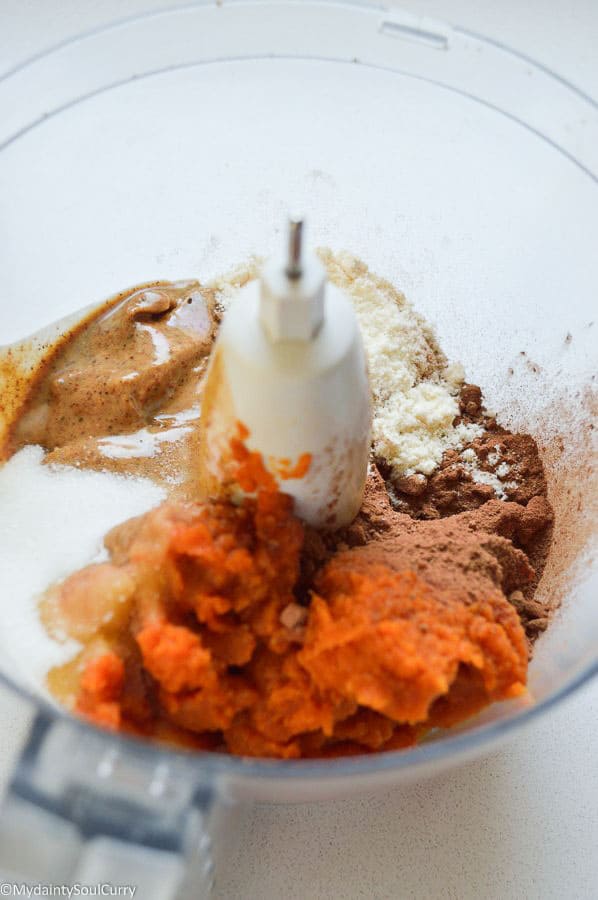 Optional: Add a spoonful of coconut oil, a pinch of baking soda and 1/4 tsp baking powder if you want your brownie to rise and become a bit fluffy. Each version works well and there is not much difference in the texture. 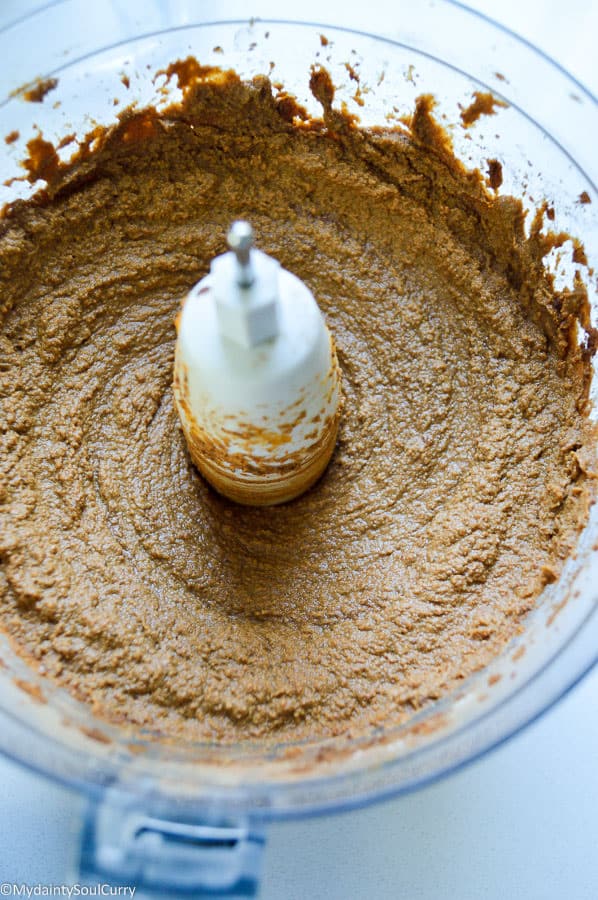 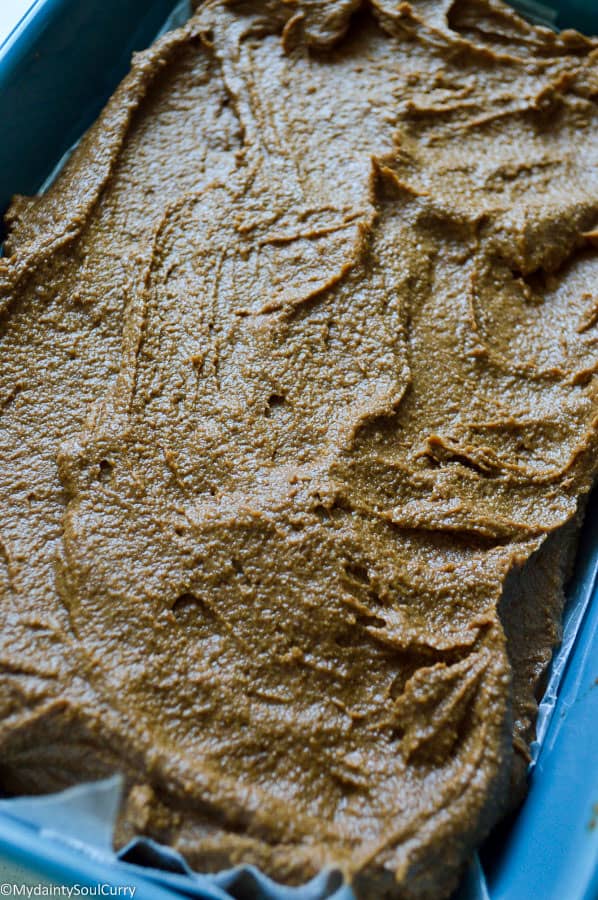 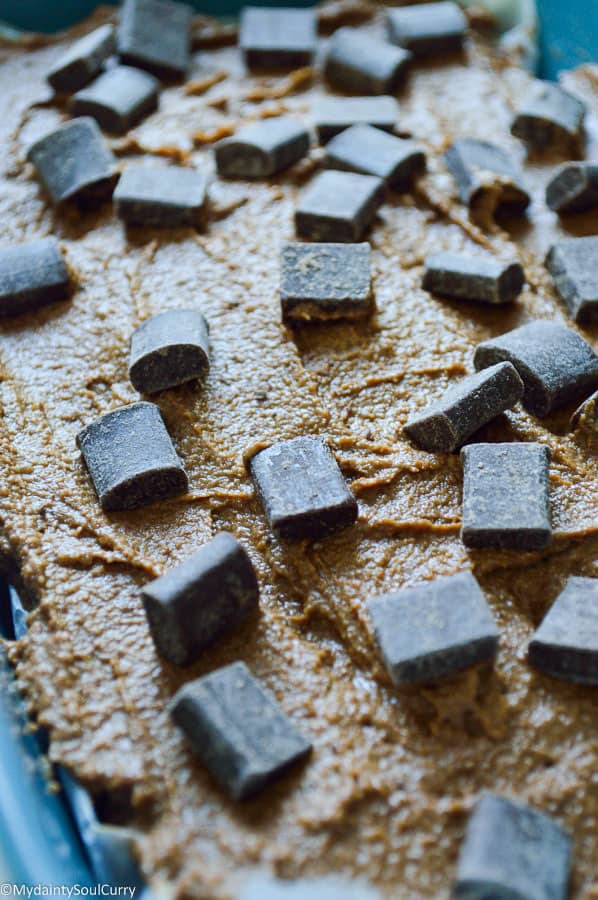 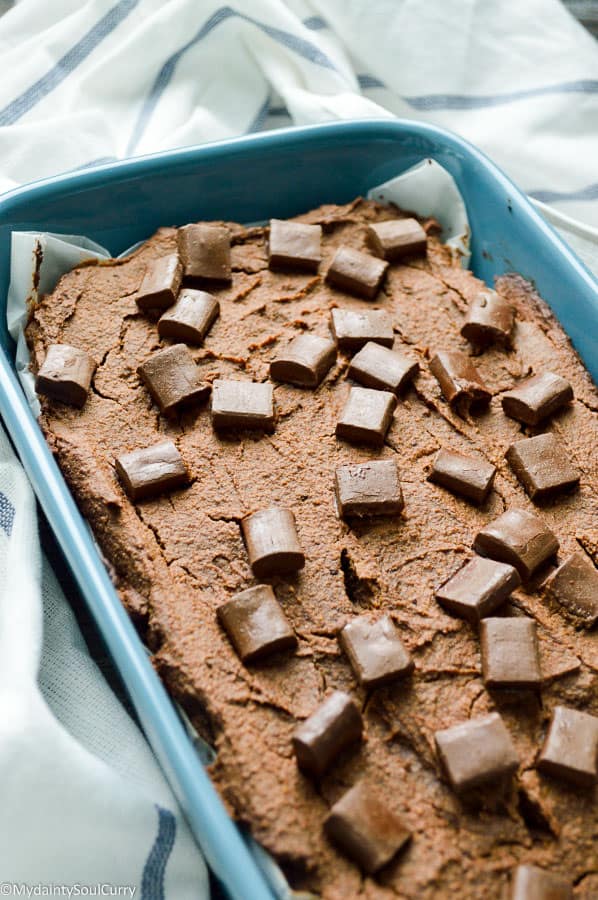 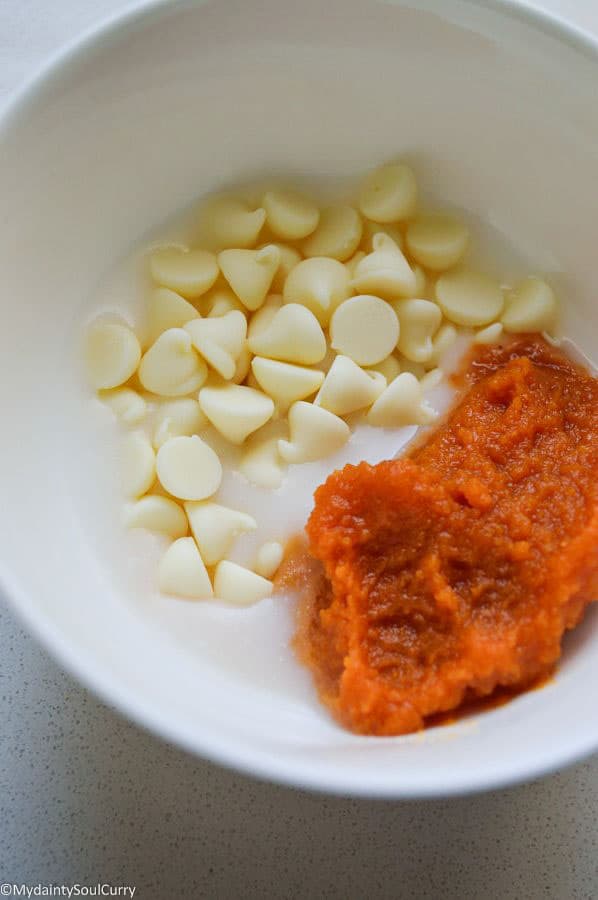 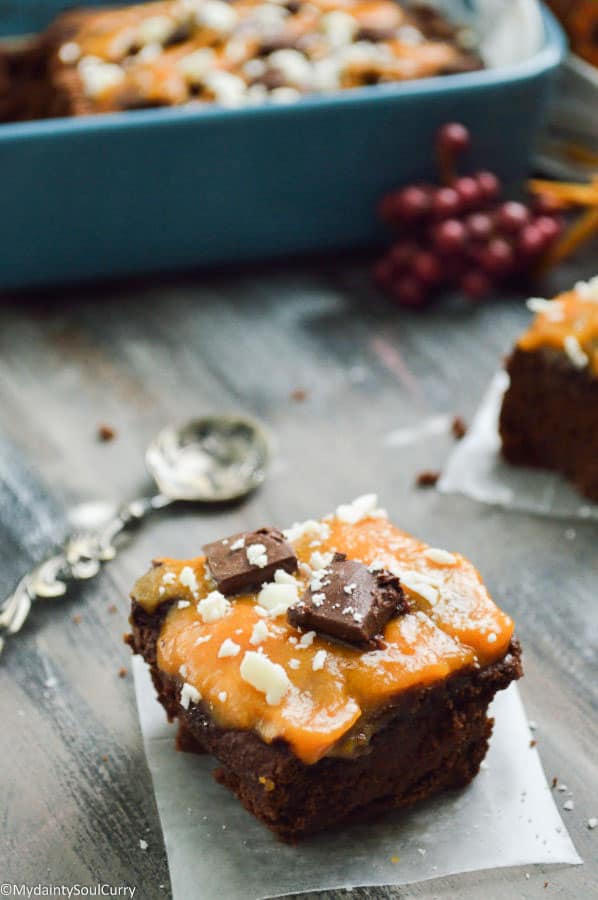 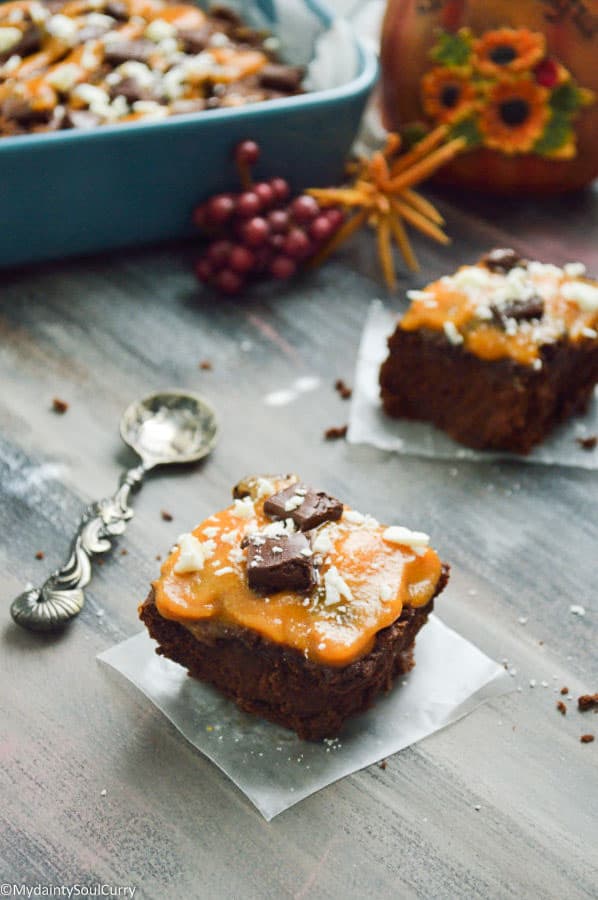 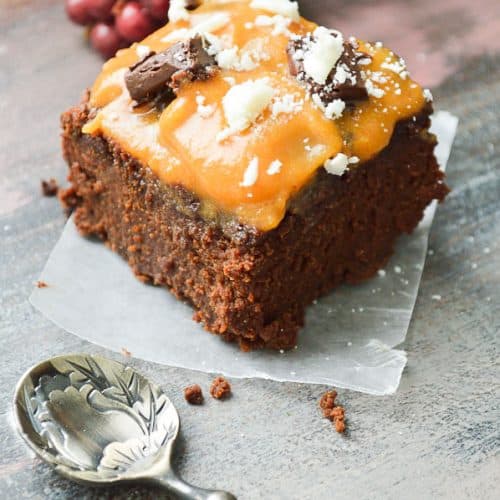 Low-carb Vegan Thanksgiving Pumpkin Brownie is super rich and decadent, and perfect choice for Thanksgiving dessert. Whether or not you are low-carb and vegan, this recipe will surely please you. The best part is you can make it in the last minute and all you need is few ingredients and an oven. And when the brownie is ready, share with your loved ones and friends.
4.88 from 16 votes
Print Pin Rate
Course: Dessert
Cuisine: American
Prep Time: 10 minutes
Total Time: 30 minutes
Servings: 8
Calories: 62kcal

Baking time may be from 20 minutes to 40 minutes depending on the type of oven. Use maple syrup if you don't want to make this brownie sugar-free.

Other Pumpkin Recipes from the blog: 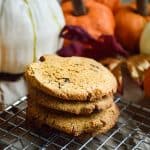 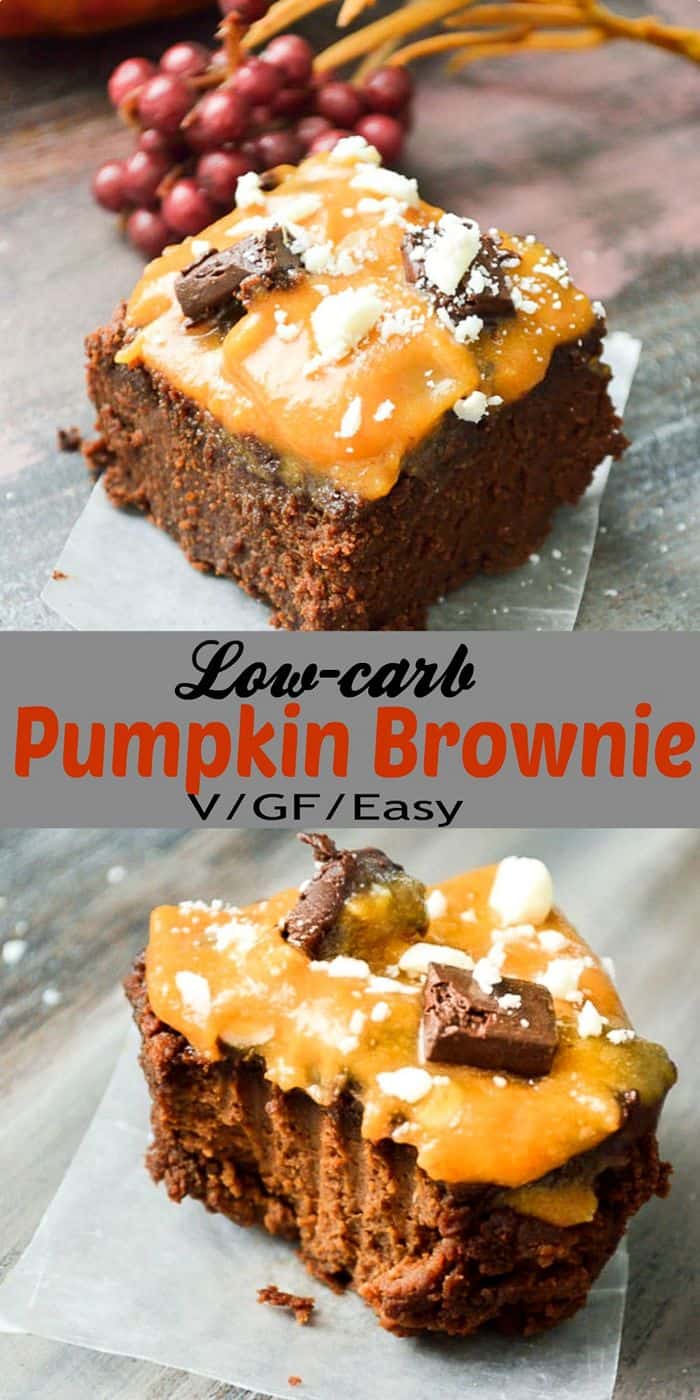 Sophie is an enthusiastic writer, blogger and photographer. She is a mother of two lovely kids, and loves to spend time with her family. She started this blog with an aim to share her healthy recipes, health and fitness tips and soul warming stories with her readers.

This looks delicious! That creamy topping just looks divine as well as the perfect texture of the brownie. This will be great for the holidays. Thanks for sharing!

What a great dessert to keep me on track this Thanksgiving. This low carb pumpkin brownie looks so moist and delicious exactly what a brownie should be.

I love the look of that pumpkin icing, what a great idea. Also a very nice recipe for people on a diet but still wants to celebrate Thanksgiving with lots of great food!

I love everything pumpkin. This sounds perfect for Thanksgiving. Also, I think I could eat that icing with a spoon! *swoon*

With the pumpkin season approaching fast this recipe is brilliant and perfect timing. I love anything with pumpkin and I’m saving this recipe fast. It looks amazing. thanks for sharing!

What a fantastic dessert. It looks delicious and perfect for the Fall!

These sound like a fun dessert to get me in the spirit for fall baking! I love everything pumpkin!

The brownies look amazing – especially the decadent topping! I am in love with your spoon too!

The brownie looks so delicious. The fabulous part is, the brownie is low carb and vegan too. A perfect recipe for thanksgiving.

We don’t celebrate Thanksgiving here in Italy, but pumpkin is a favourite autumn ingredient! These brownies look and sound wonderful! Love the topping too!

I am really excited about how this brownie looks – such a great way to celebrate Thanksgiving! Yummy!

It looks absolutely delicious! Perfectly soft, moist and that creamy topping is just awesome. Love this. A recipe for any celebration!

This looks so delicious! Now you’ve got me craving pumpkin in August, lol! 🙂

Hi! I am Sophie, and I love food, vegan cooking, and low-carb eating. Come, join me in creating something healthy and fun!

This website uses cookies to improve your experience. We'll assume you're ok with this, but you can opt-out if you wish. I Agree Read More