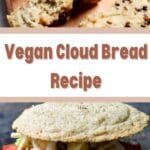 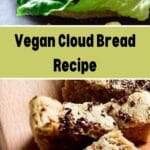 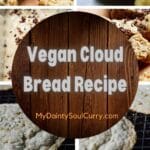 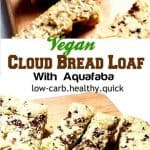 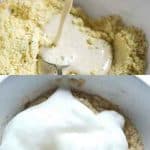 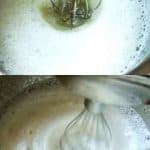 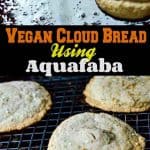 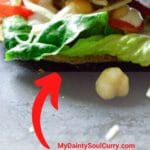 Want to know how many ounces, spoons and grams in a cup? Here is a detailed cups to oz calculator and downloadable chart. And, a liquid conversion chart with ounce to gallon calculator.

Yes, it doesn't have egg but it has the vegan egg white or aquafaba. Chickpea can water or brine marvelously transforms to something similar as fancy egg whites whipped until stiff peaks are formed. I am yet to try aquafaba for making meringues and in dessert baking, but I am a fan already.

Use your electric mixer or stand mixer to whip the chickpea can water for making your aquafaba. Beat for almost ten minutes to get the stiff peaks. The water will first be foamy, then white and eventually it will start to turn soft, airy and stiffer. Once you start to see the peaks, stop it right there.

The vegan cloud breads are not pillowy soft or dense. These have however a softer inside texture with a slightly crumbly outer texture. If the cloud breads are under-cooked, you will find a denser texture. So, use a toothpick to check if these are cooked in the center. The breads have an airy body because of the magic liquid of aquafaba. However, cooking these breads for longer will make them hard and crispy(I still love them as chips or crisps). So stop as soon as you see them browning around the edges.

The recipe doesn't use any bread or all-purpose flour. Instead, I used almond flour, just a cup of flour with two cups of beaten aquafaba and ⅓ cup of almond milk seasoned with jalapeños, spices and dry herbs. Hence, gluten-free+vegan!

Before we start with the vegan cloud bread recipe, let’s discuss about aquafaba a bit. After all, it’s one of the most important elements in this dish.

That’s why you should get it right.

How to Whip Aquafaba?

NOTE: Use a cup of whipped aquafaba first and then fold in another cup. The consistency of the batter should feel airy and foamy, not liquidy. Add a few extra spoons of almond flour if required.

NOTE: I sliced the warm loaf and it sank in the middle. 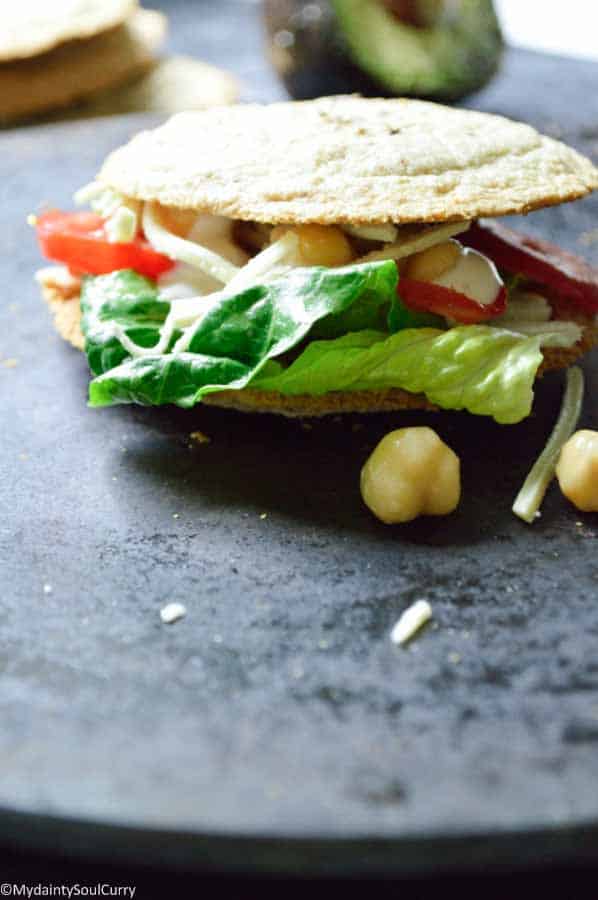 Almond flour is a high-calorie flour. I will try to substitute almond flour in this recipe and make this bread again with some low-calorie and low-carb flour. And if I do, I will update the post.

Aquafaba is very low in calorie and is not a significant source of carbs or proteins. It's 3 calories per one tablespoon when un-whipped.

To make the burger:

See also
Almond Halwa
NOTE: Use a cup of whipped aquafaba first and then fold in another cup. The consistency of the batter should feel airy and foamy, not liquidy. Add a few extra spoons of almond flour if required.
Tried this recipe?Mention @Mydainty_soulcurry or tag #mydaintysoulcurry!

I used homemade almond butter for this recipe. You can use store brought too. If you want to make some almond butter at home, here is my recipe. Click on the image.